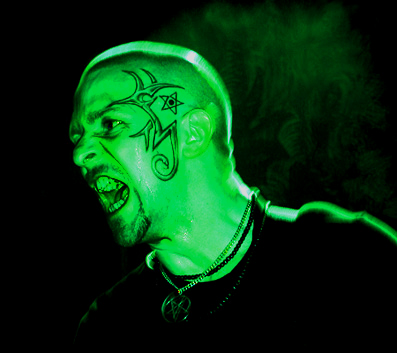 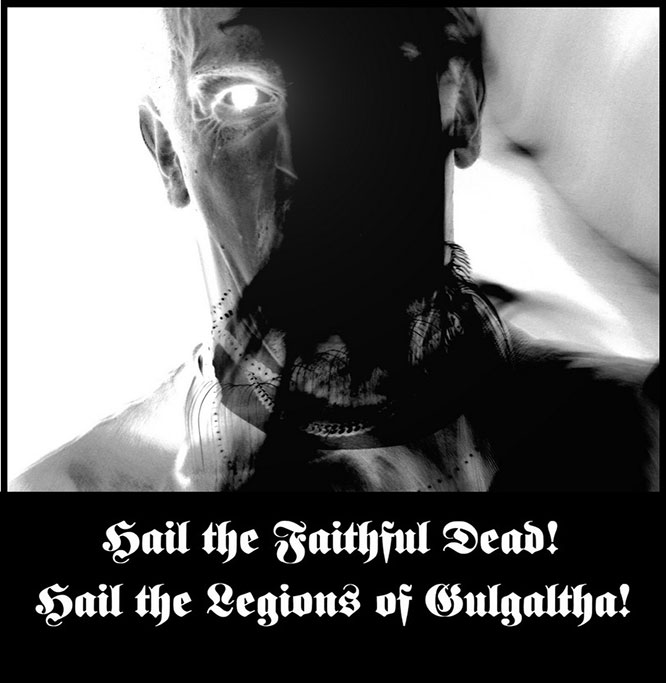 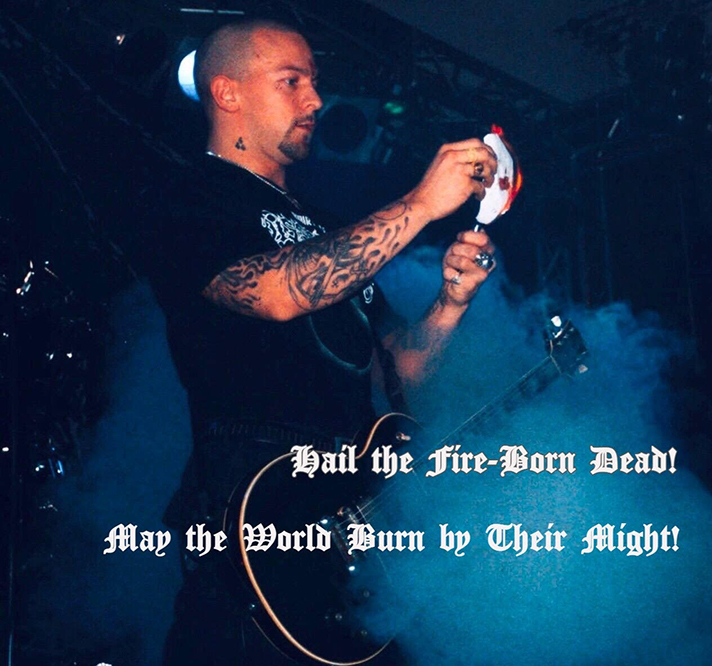 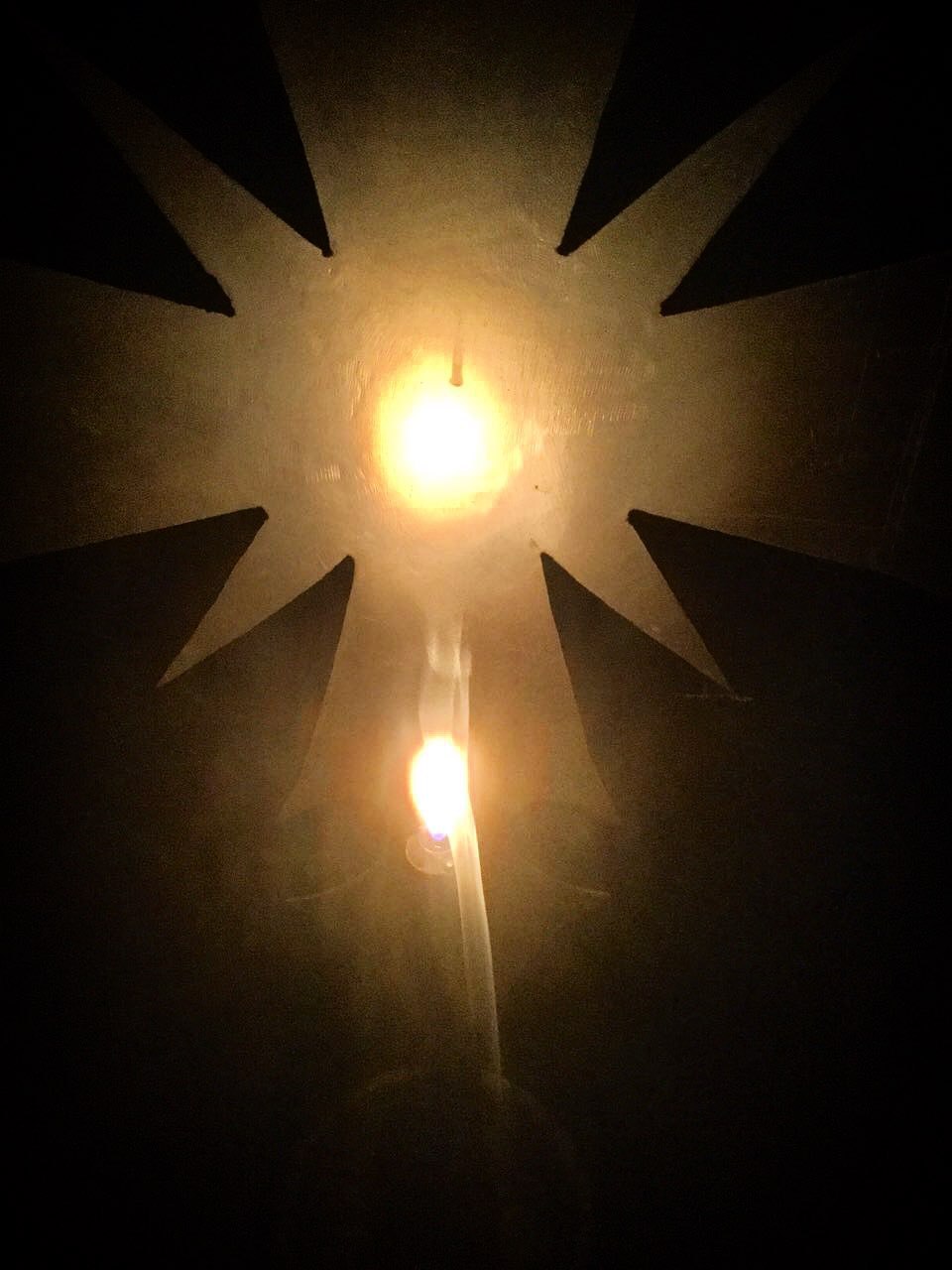 This 13th anniversary of the Ripping Through the Veil by our brother Jon will also mark our last public commemoration of his death, and we will in the future instead allow public focus to solely fall on the public facets of his life, so that which is private can be safeguarded as such.

There is no purpose in reminding those who on their own can’t remember such dates or understand what they hold for meaning and power, nor is it our desire to unintentionally encourage what seems to have become a “posting competition” of attention whores.

Those who actually care and understand will continue to commemorate such occasions privately in meaningful ways, instead of posing online and using this and other similar liminal dates in order to just generate attention for themselves on social media platforms, or to feel/fake some delusional form of “belonging”.

Our Dead should not be spoken or thought of lightly and casually, but instead be ever honored through Spirit-inspired Deeds. All else is a distancing from the sacred and another manifestation of the wordly impulses we ever strive to kill...

Shifting focus from the filth back to the sacred we Ignite the Flames within and without and honour the Liberated Ones of the Serpent's Side on this night and celebrate the Spiritual Line of Holy Ancestry and their Good Death, stretching from Mythic Time until the current and mundane era of these End of Days.

Glory and praise to those that live and die defiantly.

Hail the Mighty Dead, may we become and remain so Strong and Blessed as to join their Sacred Company! 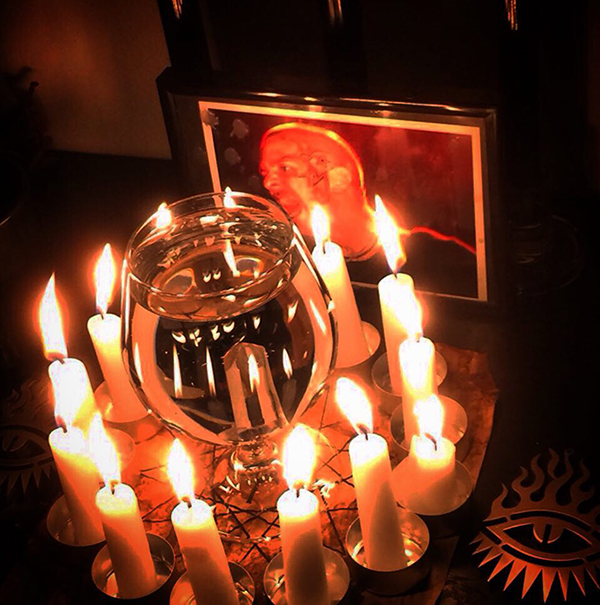 Hail to the Faithful Dead of the Bloodline of the Serpent! 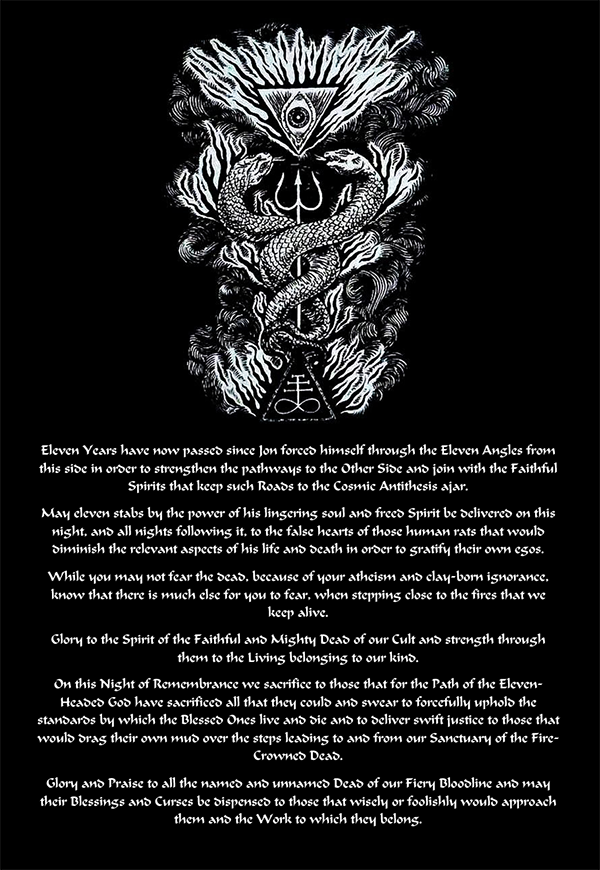 The Victorious Dead are not mourned and instead celebrated through their commemoration as they have achieved what they wanted and died a Good Death.

Thus, on this night of remembrance of our own Fallen Kin that have risen through death, we direct our salutation to our Brother Jon and all other named and unnamed kindred of the Fiery Bloodline that now walk amongst the Mighty Dead.

Death to All, and All to Death! 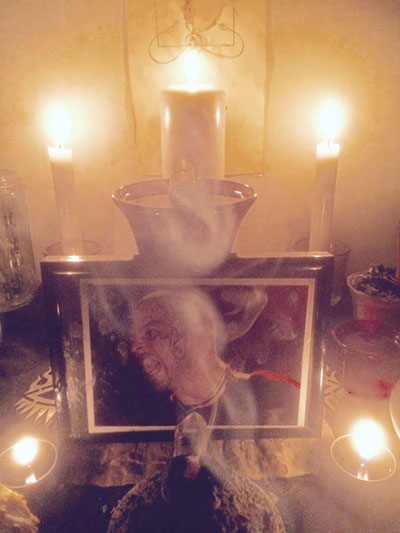 
As many of you have inquired us about news and updates concerning upcoming releases honouring the legacy of Jon and Dissection, know this:

Dissection is not dead, rather Undead�..When the time will be right for any official announcements regarding Dissection it will be through this webpage (as well as our myspace page), so keep on checking our online presence regularly. Until then�.

On this 2 years anniversary of our Brother�s passing through the Veil, we wish to say:

Your presence is everlasting and we know that you are reaping what you had sown through the Power of your Will, Courage and Faith. You will never be forgotten! 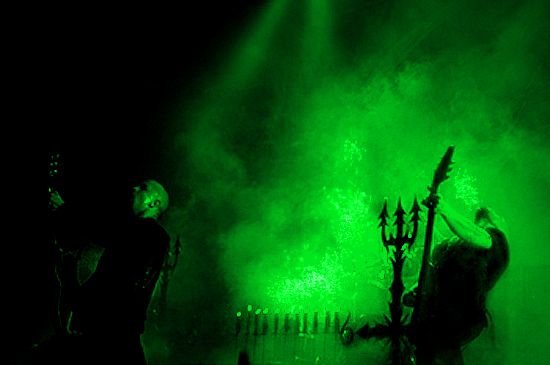